Wiregrass Medical Center is a 67 acute care bed hospital, a Nursing Home with 96 beds, and a Sr. Care Unit with 16 beds. Being part of the community has been an important goal throughout the years, and with your help and loyalty we can continue to provide health services that you can depend on. 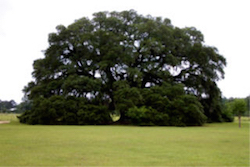 The hospital's name was changed to Wiregrass Hospital in 1967. As the hospital grew, significant additions were added in 1961, 1971, 1996, and in 2001. Wiregrass Medical Center encompasses Wiregrass Hospital, Wiregrass Rehabilitation Center and Nursing Home, and the Senior Care Unit. It is owned, operated, and governed by the Geneva County Healthcare Authority, Inc. Board members are appointed by the Geneva County Commission.